SO EASY TO PLEASE 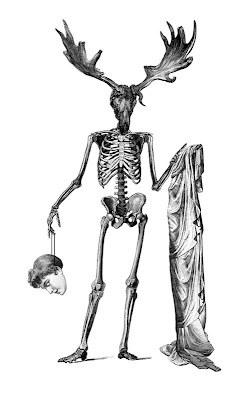 Got a Dan Hillier (my new favourite artist) Newsletter the other day, and am so excited about the contents. Here's one of his new prints, others of which MUST be checked out on his website. I'm still determined to get him to shower me in his work for free just for being such a faithful, blogging fan; but I'm sure he has them just lined up down his street. If that fails, there's no way I am leaving the UK without one of his prints, or at least that skull canvas bag I posted last time...
DAN SAYS:
My images, some old, some new, will be theming one of London Fashion Week's main events, 'OnOff', in February. They say this: "OnOff puts London Fashion Week back on the map for international press and buyers by uniquely bridging the gap between on and off schedule designers. Established in 2003 OnOff is now considered the life blood of British fashion." Look out for me leering like a drunken peasant out of the background in the fashion periodicals in your local newsagents. (I SAY 'OMG!')

I'm also very pleased to find myself soon to be working with Mr Lee Paton, formerly design assistant to Alexander McQueen and currently a rising star in the world of fashion. Lee will be launching his Victorianesque couture marvels in March in an old-time music hall in the East End of London, and has asked me to put together a coat of arms which will adorn his fine designs. They say: "The fashion industry has signalled a new star... Lee Paton is the one to watch." I say: "Tidy." (I REPEAT 'OMG!')

Should you feel the urge to swing by the Sunday Upmarket and make yourself handsome by purchasing from our economic hotspots it will be a pleasure to hold you close and softly sing to you.

Other shit I'm excited about but have yet to organize:
London Fashion Weekend - I think getting a gold pass for one of the days at a little under £35 is worth it. I can't leave London in a few months and have not taken part in any of its iconic fashion events. That £35 also gets you a show bag, access to one of the shows and the April issue of Vogue for £1, and it includes delivery charges. Well worth it for a person like me. Plus I'm sure there's at least ONE complimentary glass of champagne involved somewhere in there. I ogled an image as such on the website.
Lamb of God and Dimmu Borgir show on Valentine's Day!!!! There's no better way to rip your heart out. The only problem is I am battling this show in my head with the Children of Bodom show on the 19th. There can only be one due to wallet abuse. Which would you choose? And like...fast because this shit sells out. COB are also doing a free signing at Zavvi in London on March 8th for their new albummmmmerrrr....mymoneyisdisappearing.
Posted by Kara at 3:28 PM