I'M BACK ON THE TRACK CUZ I'M BEATIN' THE FLACK 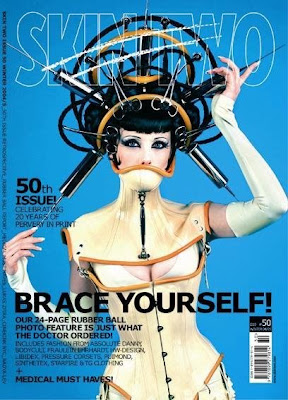 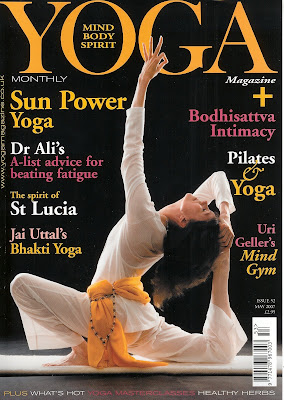 A magazine called me up today, and after a successful interview, I was turned down because I showed up there black.

Not really. But I suppose what I'm about to tell you is similar. My mother will be pleased (sarcasm) to know that already at 20, I am lessening my chances in the magazine writing world because I am published with a fetish/sex magazine.

My Yoga Magazine interview on Wednesday was the best writing job interview I've had in my short non-existent writing career. Today, while writing up a review for 'Best Sex Writing 2009', I got the call from Yoga (literally half an hour ago) with the decision ringing away on the other end. She said, if I stop writing for Skin Two, I can get work experience with them. Sex apparently is not something cool to be associated with if you're going to write about yoga/health/spirituality; not even for editorial work experience. Pardon me for assuming that yogis and spiritualists had sexual organs and desires.

Well I just got offered to write for Skin literally a month and a half ago as soon as I came back from Christmas Break. Tim had missed me. Being in Abu Dhabi, I couldn't even offer to take some of the sex merch away with me to work on because they would be confiscated, and I castigated, by authorities and my father (like no kidding - when I interned at a mag in Dubai, we were quietly passing around a pirated copy of Sex and the City taking turns watching it because the country was in limbo about whether or not to bring the movie over).

I said yes to Tim's offer, even though writing for their website meant they couldn't pay me. I've been on the wildest journey of self-discovery working with Skin Two, and I have yet to find a job that's more fun. So I told Yoga (in the nicest way possible because I really respect them) that I wasn't going to quit that anytime soon. It started out as me grabbing any kind of magazine work experience I could get, and it turned into an honest job associated with some of the most broad-minded and warm people I've ever met; and I quickly accumulated an impressive portfolio. Skin Two has changed my life, both sexually and mentally, as well as professionally (career wise). They are the ones who gave me a platform to jump off of with my writing career, and for that I am absolutely forever grateful. Home girl at the Yoga office even admired my writing talent and style when I presented her with a writing sample review on this book.

I'm surprised how far I have come with rejection. I am unfazed and am still typing away at my other writing jobs, while cuddling my cousin's baby on one hip. I almost welcome it because I have a hunch that I might've taken up too many offers and obligations. Being a newfound workaholic, I just can't and won't get enough until I've crashed, it seems. I mean, I am out here in fucking Catford on a mini-break from the bustling city, chilling with family, and yet my bag is packed with books for review and my faithful laptop.

[BACK TO THE MAGAZINE, KARA!] I won't say what I really want to say about that because I understand her fear, and she was completely nice about it, even offering the experience to me at a later date if I ever did quit Skin. She is protecting her magazine, fair enough. But, at the end of the day, sex is omnipresent and I know, even if she doesn't know it yet, that she has her own sexual fetish waiting to be unleashed, and so do her readers. Fetishism and exploring your sexuality is never a bad thing. Never EVER could be. I wish people would understand that it goes hand in hand with a lot of aspects of your life. I never wrote anything sleazy for Skin Two, and they are certainly not associated with sleazy. They are the most tasteful, professional sex magazine I have ever seen; and the reason I am now a reader is not because I write for them, but because they have balls. They write about what people are afraid to write about. And that's the kind of writer I want to be. And they support individuality and socially and culturally taboo ideas (which are wrongly accused).

So if, in order to advance my career as a writer, I have to quit one writing gig to land another, that doesn't really add up or work for me. I want it all, and I know I can get it all. It's just that in order to do that, sacrifices have to be made.
Posted by Kara at 2:12 PM

Labels: Girl on the Verge..., Not So Righteous, Working Girl, Write On