SHAKE IT TO WAKE IT

I'm going ape-shit over these two very inspiring things that happened in the blogosphere to some very inspirational chicks of mine, and which also helped me realise fully which magazines I HAVE to work for once I hit the States. 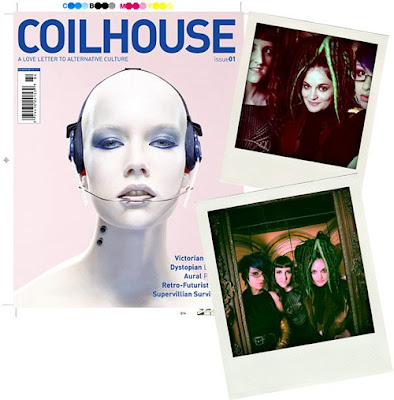 So if you don't know Coilhouse, then you best get on it. Here's an interview Gala Darling did with the bevy behind the blog and magazine (Zoetica, Nadya and Meredith) on what it's like to be a magazine founder and editor. What Coilhouse does for my reading pleasure and the magazine world is like what Rasputina does for music. I can't express to you the next level joy I feel that the magazine is prospering with the first issue completely selling out, and the second issue due to hit racks this month. Hoping to get my hands on a copy of that, if it's the last thing I do for the year. AND THEN, a freelance position with them if it's the last thing I do next year.
AND SECONDLY,
I want to write for BUST Magazine because they're fierce and do fierce articles like this about fierce chicks who listen to metal, like Beverly from Reality No-Show, whom I have a total crush on. BUST also had a major craft fair in London this weekend that I had really set out on going to for christmas shopping, but some other expensive-ass venture went down that prevented me from going. But if you're in the US, look out for the US versions and support the mag...These are scans I nicked from Bev's page. Insanely jealous albeit lovin' it to shreds. And can you imagine it gets better? Here's this majorly passionate piece she wrote for the interview on her metalhead ways and means, that totally had me geared up for insane things in my future, and even more insane music. Literally the best thing I've read over the last couple weeks. 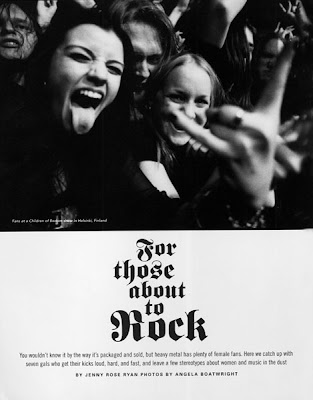 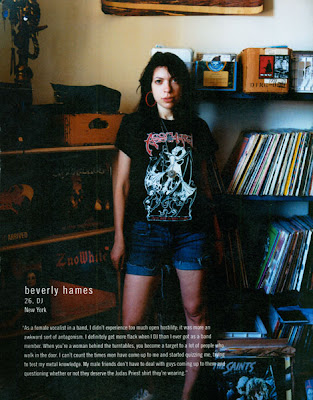 My mission in life has so been stamped on my forehead.

Labels: All the Beautiful People, Champs, Girl on the Verge..., Write On