YOU CAN UNTRAIN YOURSELF TO NOTICE 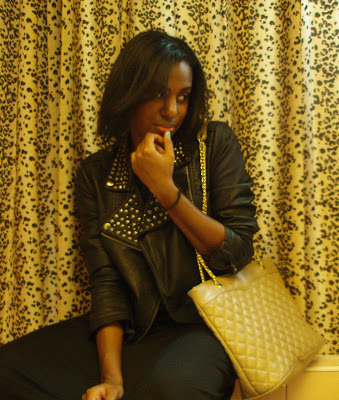 Random picture of me today, bored out of my skull after an interview with a magazine editor, and on my way to the massive Dubai Mall for this Grazia X Banana Republic sale and fashion event. Never made it because I never got the memo about Dubai making it virtually impossible to pick up a taxi between the hours of 4 and 6pm, and the one about the buses not accepting any money whatsoever. Also got extremely lost following signs to a non-existent metro station, then settled myself near the valet man at a nearby hotel in the hopes that he and his team could find me a taxi, which they couldn't. Called for one to come get me. Called back 30 minutes later and they had apparently given up on me. Finally shoved a guy out of one when they pulled up, and headed to the sole Wagamama in Dubai where I ate my usual dish (except half the size) and thought of my Wagamama frenzied friends back in London. Hadn't eaten squat all day so also ordered a side and copious wine, then headed to Trader Vic's tiki bar upstairs, where I would recommend the after dinner cocktail called White Cloud, which probably beats any dessert platter any day; AND it was happy hour, so indulged in 2 at half price before heading home. Taxi man had to wake me when we got to the station (as dessert drinks had totally nailed, not just hit, the spot), then ran for my life to catch the 2 hour bus home to Abu Dhabi. Now home watching VH1 and sipping green tea and thinking how miserable this all was.

On another note, OMG The XX is on VH1 in the Middle East - recognise their voices anywhere! Well done, kids!....but seriously, someone send me back to London. At least over there the Wagamama is a decent size, the buses take my shit coins and I can at least have a skinny boy with beautiful hair in my arms by the end of a miserable night.
Posted by Kara at 8:34 PM

Labels: Dubai, Fashion Fuck Yeah's, I Hate It, My Life and Other Casualties

Next time you experience problems with the logistics in Dubai you just call your Candy&Cookie friend! / Teresa

LOL Honestly, I gave up too easily but thanks luv. I'll keep that in mind! x