ALL THE WHILE I WAS DREAMING OF REVELRY

Every night to put myself to sleep.

So it turns out you don't have to wait for good things to come to you (as if I ever did in the past). I snarled and bickered when I couldn't get tickets to see Kings of Leon at this year's most expensive event worldwide, no doubt, then when I finally gave in 2 days before it, bought fangs and red eye contacts to accompany all the eerie black and gold pieces I wear on a regular basis in order to get drunk at this event... 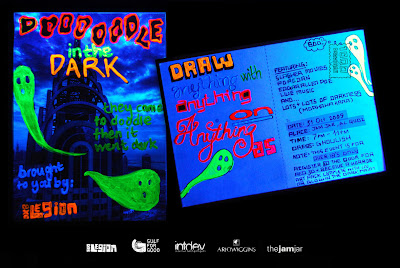 ...my sister called saying her friend's parents were giving up 2 tickets because they only wanted to attend the races (and the night time concerts were included in the tickets). I was kind of over it at this point as I was on my way to the salon to get the bone-straight blue/black hair that I pictured a couturable vampire donning, but I caved in because we had to get there in 2 hours. It suddenly hit me how many times I've tried to see KOL (in London just before I moved, and in L.A. this summer) so I just couldn't live with myself if I gave this up for glow in the dark paint.

Well, what can I say about Kings of Leon? They're...consistent? Their performance, which they claimed was their last for a while, was pretty much the same as the recordings, which is super, of course, but I would've liked it if they did something more (I mean, I'm not sure concert crowds want to experience the same thing they do when they listen to your album). But I am grateful. It was free.

In other news...ME! I'll be over there quite a lot as of now so do rummage occasionally. And I got a super email from Meghan from Kill City today and it looks like I might be blogging there soon too. I also applied for a job working in the Writers' Centre at Soho Theatre. Not ideal but certainly interesting. And hey, it gets me back to London. Wish me luck.
Posted by Kara at 5:00 PM