CHOOSE YOUR OWN ADVENTURE 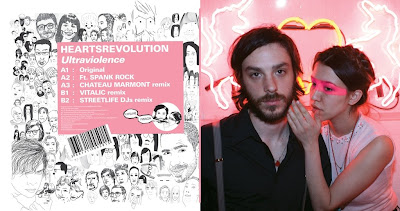 SICK.AS.FUCK. I love how HEARTSREVOLUTION has completely blown up all over the place. Their Heartschallenger van is gonna be driving around NYC giving out all kinds of cool Topshop shit in anticipation of the new store opening on April 2nd there. Check it out if you're in the area.

I don't know how many people on here transferred from my old blog, but remember I met HEARTSREVOLUTION way back? 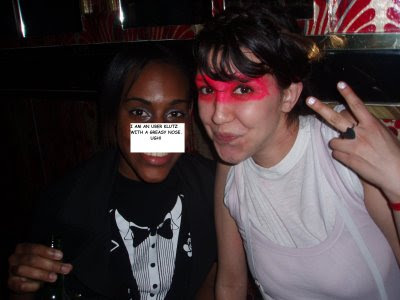 One day, possibly a year ago, I heard of them through a post on The Cobrasnake. They were doing a small Europe tour. Went over to their Myspace page and have been totally all over it ever since (now, since I haven't been following them for a while, complete obsession is back). I dragged Becks along with me to see them at Madame Jojo's and saw Lo/Leyla in a corner on the floor, blatantly updating the band's Myspace page on her Mac. 'I fell in love' doesn't even describe it. Anyway, I got so excited to hear them I just decided to go up to her and ask her when they were going on. She looked at me sheepishly and said they had already performed. But she put me on the guestlist for their next gig two nights later at Hoxton Square Bar, and they killed it. Was awesome. She also said she liked my shoes.

Would be awesome if they came back to LDN soon before I leave for good in the next two and half months, but I will be in the US for most of the summer anyway, so I may get to see them.

I also cant't believe that I forgot to post about spotting them on The Selby, and that was like eons ago. Much apology. 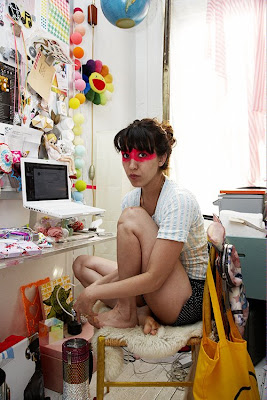 Anyways, did you check out their page yet?! Click on the link. They've got all kinds of cool shit now. A year ago I pined over their Choose Your Own Adventure t-shirts (and am thinking of getting a tattoo of that slogan), and my mind hasn't changed about that (about the shirt). Will probably ask the boyf to order me one with his very handy credit card; something I just might need to get my hands on soon.

Speaking of the boyf and gifts, he totally spontaneously decided to cheer me up last night by purchasing this awesome out of print picture book I've been wanting forever; which basically means I want to propose to him (but been there, done that).
Posted by Kara at 3:53 PM