MAYBE I'M A POOR GIRL, DOESN'T BOTHER ME AT ALL 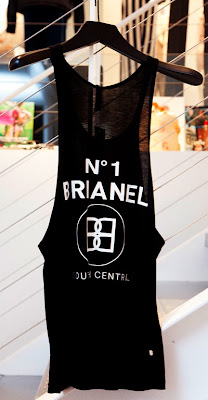 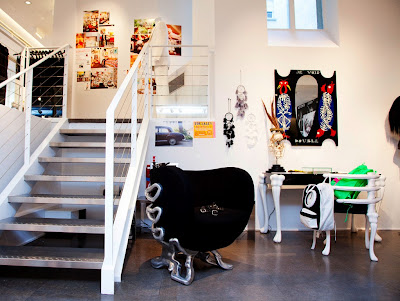 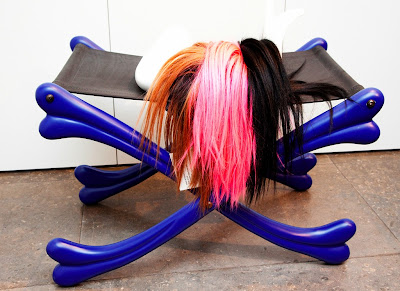 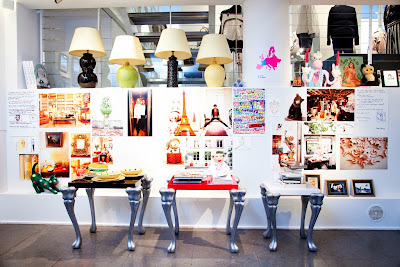 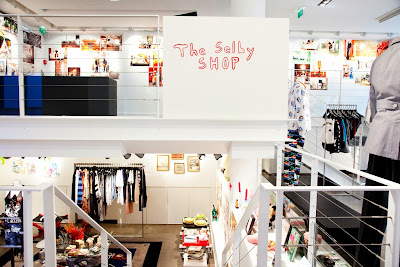 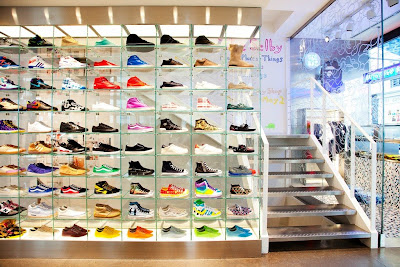 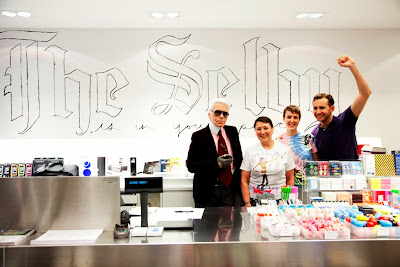 The Selby Show at colette will be up from March 30th until May 2nd 2009.
It will include paintings, photos and written interviews with people form around the world including
los angeles, new york, mexico, london, sydney and paris.

The Selby Paris book is being produced for colette and will be released April 2009 at the opening of The Selby Paris show.
It includes watercolor paintings and photographs of all the people that were photographed in Paris for the show, many of which have not been seen on The Selby website.
This book is limited to 250 copies. The spines of each book are hand painted red white and blue. All the books are signed and numbered by The Selby.

The Selby Store Pop Up Shop at colette will feature clothing, artwork, books, objects and prized possessions for sale from many of the people that have appeared on The Selby website.

I cannot get over the bone furniture at that store!

Anyway, like I said, I OD'd on Kesh this morning and hit the pillow at 7am. One of my many daily alarms woke me up at noon to take my pill (the pill). Promptly KO'd again. Set another alarm for 3pm because I decided to check Tim the Skin Two editor today. He had just come back from San Jose, CA and was ready to get back to work. So we dug around in a box and I picked out some books and DVD's I wanted to do some reviews on. I haven't written for them the whole of March because I had to decide what my priorities were and I had a massive final year uni deadline at the end of that month, so I cut back on some of my writing gigs. I did break away for one night though to attend the Skin Two Yearbook launch for a couple hours with Mistress Ivy. And today, I stumbled across my ugly ass self on the internet from that event. I won't even elaborate on that because there is no way in hell I'm linking it. But anyway, glad to be back in the fetish swing of things. I took home like 7 books.

Tim brought me up to speed on the latest, invited me to some fetish parties, and said the San Francisco Fetish Ball stopped running this year because the couple that ran it split recently and moved to two separate boring cities in an attempt to do I don't fucking know what (Miami and Texas). So Tim and his gang might take over that yearly event. Would be cool as I hopefully should be part of the Cali massive by then and maybe we'll be working together again later down the line. He took off his baseball cap to show me his recently dyed hair and explained to me that it somehow became a tradition that every March he would dye his hair in San Francisco. And he doesn't do it anywhere else. Okay... He looks cute though.

When I came home 'Fear and Loathing in Las Vegas' was at the reception waiting for me. Yeah, I know, you're rolling your eyes and you're all like 'hasn't that drug lit trend died and buried itself by now? Jesus, where the fuck have you been?' But yeah, I don't know where the fuck I HAVE been and now I'm trying to catch up and see what all the fucking hype was about. I like the Beats generation guys so I'm exploring alla dat shit whenever I have the fucking time to sit in bed and read, which is this weekend.

I thought I would've been at some bar tonight being pampered and stuffed silly with free stuff by its manager, but my boss informed me that that review has been moved to next week Friday, so here I am...just pestered Becks to do something tomorrow. I was looking at this...but I have no idea what it is! Anyone think it's gonna be any good? They haven't even given you a whiff of what to expect on the sound systems (or maybe that's just me being out of the loop and I should already know).

Oh yeah, this is another thing along with the drug lit trend that I have barely dabbled in; this whole East London party scene. This whole obsession with Shoreditch kinda gets on my nerves...but it seems since I work thereabouts 3 days a week, I've been feeling out the area, I mean why not, leaving the country in June, so let's have it.

Okay, nevermind. For some reason, Becks wants to make me third wheel with her boyf and hang out in Kingston because trains are shit tomorrow. I completely forgot about this whole Easter thing. I come from a catholic family and way back when, it used to be a big affair for us - church, painting eggs, chocolate, gifts from mum, the works. But one day, I just said 'Okay, I'm out' so I haven't really been behind Jesus since then, so I'm out of the loop when it comes to his parties too! God, I'm out of the loop with everything! Should I just stop now? Okay.

Listening to this today:

Labels: Going Out, My Life and Other Casualties, What I Read, Working Girl