I know, finally, some word from me. It's because I am no longer teaching 16 year old's locked up in their palace rooms, or 10 year old twenty somethings at academies rolling in indifferent money. I am in my room, writing Fiction once again and making my way around the editorial offices of the world begging my way into their lives (all the while listening to Siouxsie and the Banshees/Chopin/Gustavo Santaolalla/Dimmu Borgir/The Doors/Simian Mobile Disco...); and I am beginning to think that a sales job at Topshop will suffice.

Okay, not quite yet.

Anyway, today I am going to talk about Asian people. It's true they hold a great deal of space in my heart and head (none more so than the obvious boyfriend - must say that because I can already see him scowling). But I already talk about him quite a lot so today I'll talk about Ji Kim of Luxirare and Haruki Murakami.

As usual, all I have to do to illustrate to you the poetry of Ji Kim's web presence is provide you with a couple pictures from her site: 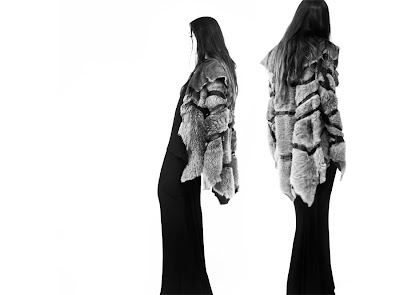 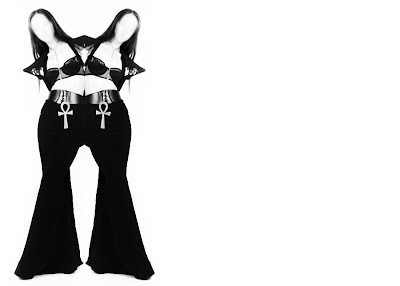 That 'To the Floor' post will be the death of you. Be careful. And conveniently, it is pinned up at the side of my brain labeled Halloween Inspiration (decided to go it safe with the Couturable Vampire route - anyone know where I can find some durable fangs? Want to wear them well after H is over, to snarl at some of the local Arab girls while shopping - and yes, as late as I may be, True Blood has infiltrated, not that I wasn't already a smitten wannabe fang-banger). To reassure you that it is indeed Kara speaking though, Halloween aside, those outfits are more than wearable on a daily basis and I would gladly accept a wardrobe consisting solely of those pieces!

And Murakami. Well, I've been talking about him semi-non-stop for the past week. Just finished this one this morning on the way to work. 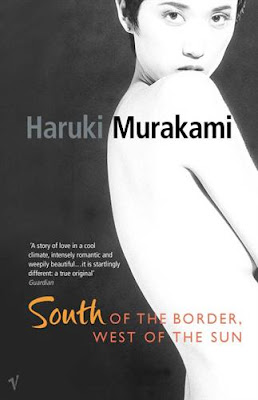 Not my favourite, but I've only just gotten started on his many works and am still on the lookout for Kafka on the Shore, which doesn't seem to exist over here, but which Becks strongly recommends. If I myself had to recommend any so far, it would definitely be After Dark - it's the oddball Japanese love story between young people who don't sleep, in a city that doesn't either - always takes my heart. Anyway, here's a passage from South of the Border.. that I absolutey adored.

Her hand, which up till then had lain on the back of the sofa, she now placed on her knee. I stared vacantly at her fingers tracing the plaid pattern of her skirt. There was something curious about it, as if invisible thread emanating from her fingertips was spinning together an entirely new concept of time. I closed my eyes, and in the darkness, whirlpools flashed before me. Countless whirlpools were born and disappeared without a sound. Off in the distance, Nat King Cole was singing 'South of the Border'. The song was about Mexico, but at the time I had no idea. The words 'south of the border' had a strange, appealing ring to them. I was convinced something utterly wonderful lay south of the border. When I opened my eyes, Shimamoto was still moving her fingers along her skirt. Somewhere deep inside me I felt an exquisitely sweet ache.

hmm...I think I'll have to read that. If I ever read again.

which one? south of the border (the one i excerpted) or the one i recommended (after dark)?