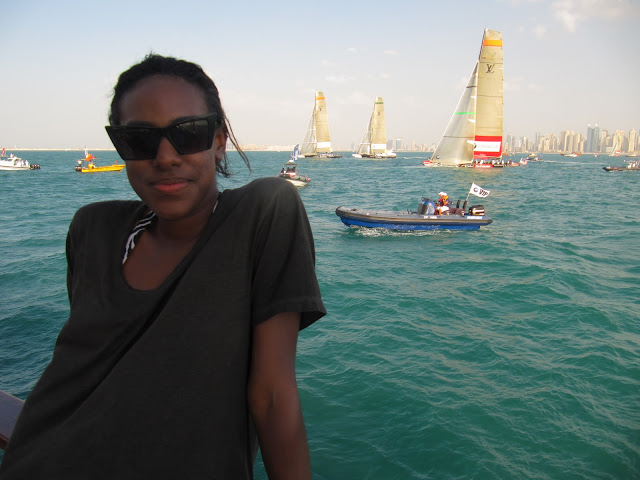 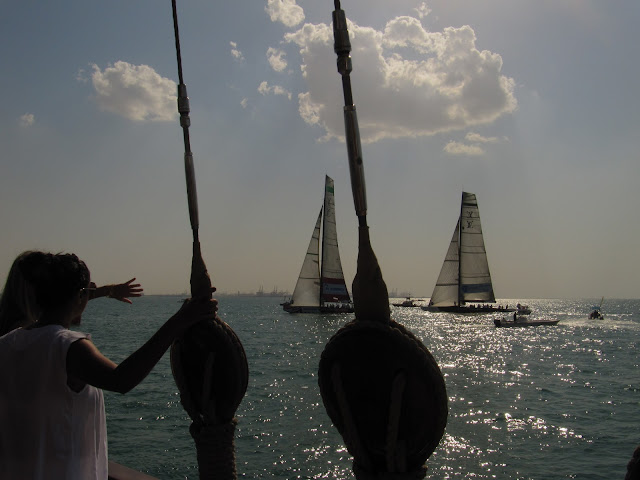 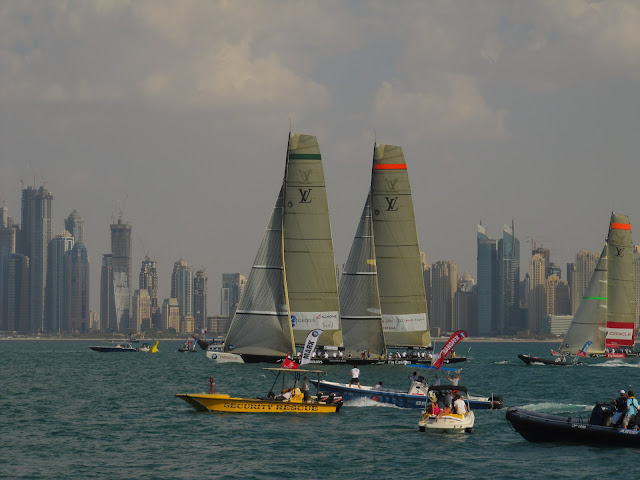 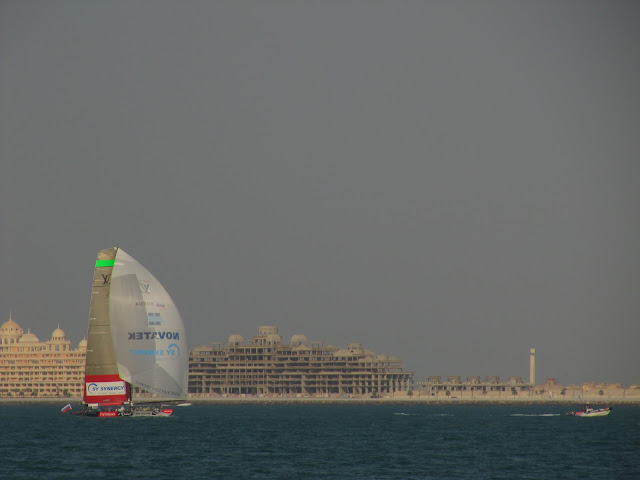 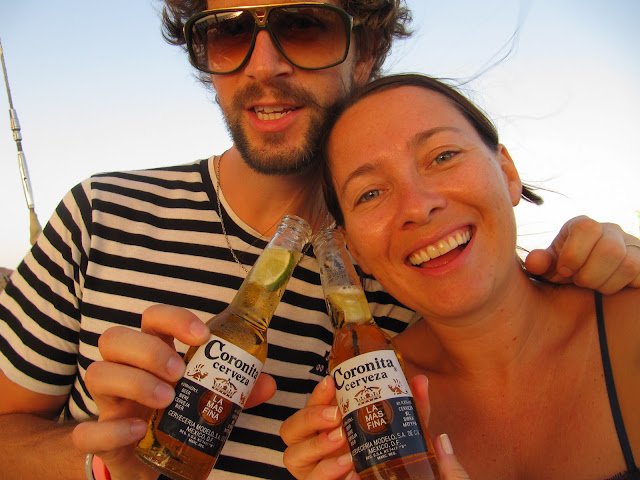 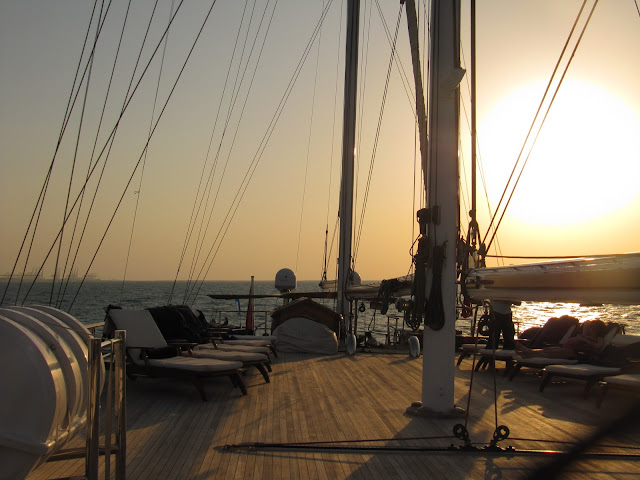 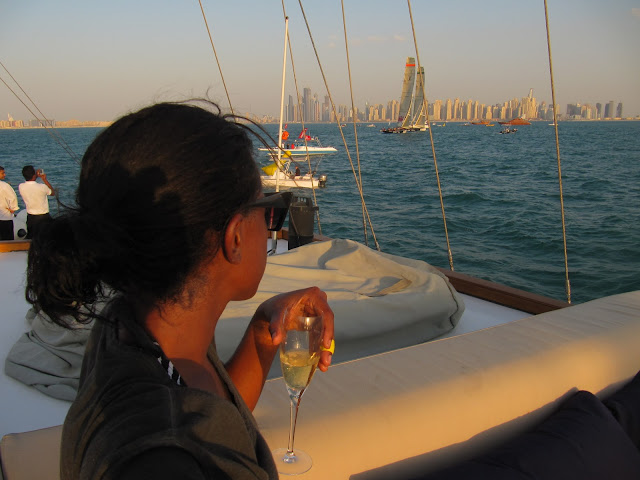 My boss called me up the other night and asked me if I wanted to write a report on some yacht race happening in Dubai. I get there half an hour late and next thing you know I'm being whipped by a massive entourage through the VIP entrance to a ritzy yacht - I kept all of them from enjoying the first 30 minutes of what followed; mini course after mini course of the kind of food that was clearly hidden from me all my life, that alongside unlimited Moet and Coronitas til sun down (DID YOU KNOW ABOUT THESE? CUTEST THINGS EVER!!!). And you can bet your bottom dollar I grabbed one of those designer SPF lotions fanned out on that silver platter at the entrance. Typical freelancer behaviour.

What my boss failed to mention was that I was covering the Louis Vuitton Trophy and that I was going to get on board one of the vessels to race as the 18th man. Didn't happen, though, due to crappy winds and major race delays. Not that I minded, obviously! But I could've gotten many more flutes down the chute if I wasn't so busy being a professional journalist (and the only one not carrying any LV anywhere on their person) preparing to compete on the high seas - aka painfully sober.
Still, a great day had. Even better, after declining a ride home because no one knew that I had travelled all the way from another Emirate aboard a public bus for two hours to get there, I arrived home to find lovely noises in my kitchen - COOKING! The Fox had a whole feast in the works. AND it was carb free (yeah, this again...). I love him, oh I do, I do! The only problem is he made a big egg breakfast again for me this morning even though it was his first day back to work from vacay (and no carbs in there either) so it means I've got to come up with something extra special in the next few hours.
Oh, to hell with it. I'll let the pillow do the talking.
IȾ iϟ Ẇrittɇn.
Posted by Kara at 12:27 PM

Labels: Dubai, Going Out, Haha, My Life and Other Casualties, Oooooh, Working Girl