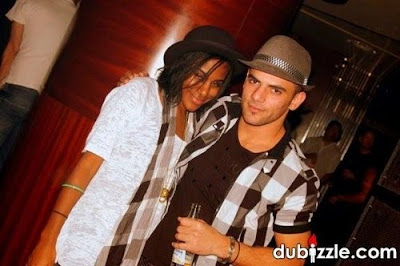 Found this on a party website just now and thought you'd find it amusing...mildly. This is way back in January when the Fox and I had realised that we nearly share the same birthday so we made a pact to party for the entire month to celebrate..and that's how we realised we kinda should just cut the shit and date each other (partying with someone for a whole month straight is actually a cool way to get to know them, provided that you retain the memories). On this particular night we decided to borrow his brother's dirty jeep and drive to another emirate (state) to party (well...hardly, as Dubai is like 1.5 hours away but still...). Booked a hotel and went to the beach the next morning. As vomit-inducing as our matching gear is, it wasn't planned in the slightest. And for the record, he dresses a lot better now. And I know, he is so not my type (but isn't that how it always goes?).
This is my type: 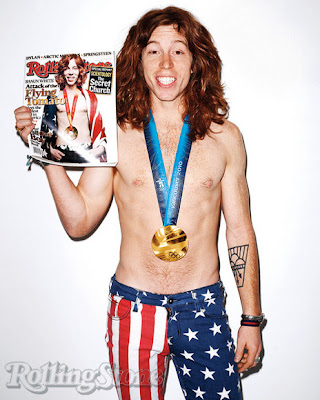 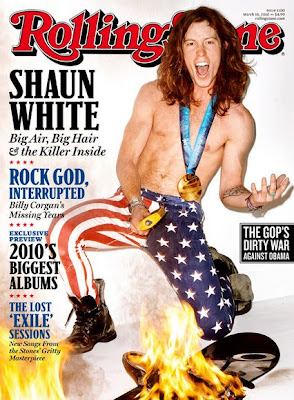 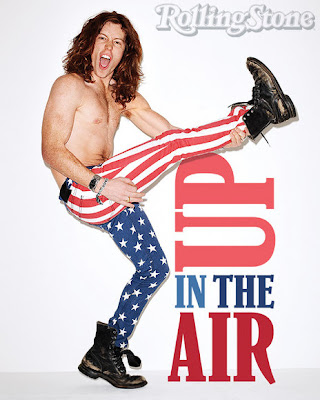 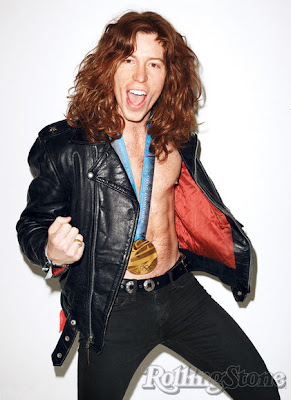 a flaming haired snowboarding olympian wearing American flag jeans and posing like a tard for Rolling Stone (and who sadly is the spitting image of a French guy I fell in love with after we holed up in bed for 2 days straight - in the non-sexual Yoko-John sense - then never saw again). Yes, Shaun White is my man. Even though he ignored my congratulatory note on Twitter the other day, like the chai lattes at Coffee Bean and Tea Leaf (who I just discovered is in my office building - one of only 2 branches in this city), I can't get enough of him. What's more is I'm sure I could've easily caught him raiding the racks of the Kill City store on Melrose when I was in LA last summer because apparently he's a big fan. WHICH MEANSSSS Shaun White and I have something in common! We love KC gear and we both get free shit from them. HAHA! Could a day when we compare, admire and then rip our KC gear off each other and do unmentionably explicit things be approaching in the not too distant future? Stay tuned.
P.S.: How is my blogging? Call 666-FUCKYEAH to comment.
Posted by Kara at 7:22 PM