HOW DO I LOOK? 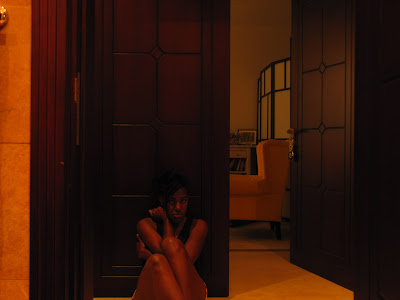 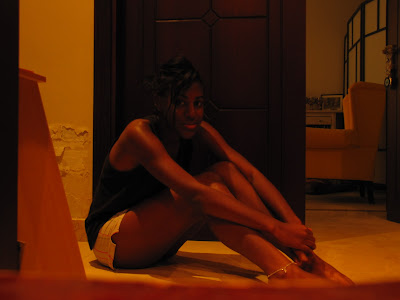 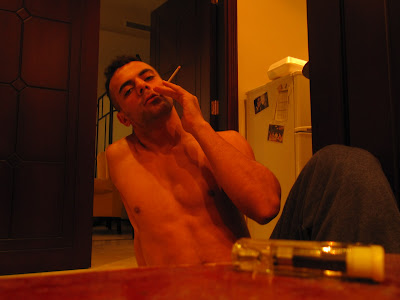 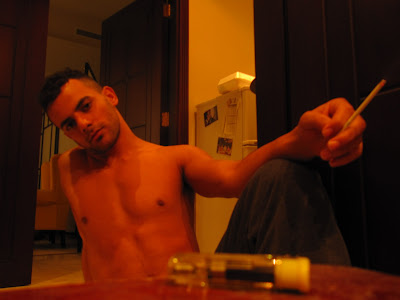 Just two poor people enjoying each other's company on a kitchen floor.
Last thing you ate: tuna salad
Last thing you drank: half a can of day old totally fizzed out coke sitting on my dresser when I woke up. My cola addiction is definitely back.

Last thing you watched: One of the Abu Dhabi Film Festival documentaries: Tears of Gaza, a disturbingly candid look at the situation out there...The Fox is Palestinian so we made a date to catch it.

Last thing you bought: an egg sandwich at 3 in the morning from a little Arab pit stop post the Abu Dhabi Fighting Championship after party.

Last thing you returned: Readers, I've come to that point in my life where there is no longer anything to return. However, there are loads to swap! So I'm sooo glad I launched this funky swap social event business. It's in perfect timing with my new poverty-stricken situation. The last clothing swap was just yesterday, actually, and I managed to nab a few tops and a delicate teardrop anklet. Not as killer a collection as the last one where I walked away with a killer cut blazer, battered black skinnies, and more. But it can only get better.

Last thing you dreamt of: playing basketball with my family, my ex and his new girlfriend...
Last thing you wrote: a piece on some real Bear Grylls people preparing to cross the desert, climb the emirate's highest peak, kayak it's surrounding waters and cross the finish line in no more than 6 days to win some fat cash. Good for them.

Last thing you laughed at: The unfortunate people The Fox and I had to mingle with at the fighting championship after party, they being cleavage popping teachers in droves shotting tequila and dancing with their shoes off while waiting to see buffed up tatted up fighters fresh from the ring and dotted with bandages. The male population? Off their face Arab gym buffs hoping to be mistaken for pro-fighters by the female population.

Last thing you read: Oddly, I've been reading the bible to The Fox and we've been stopping to make notes and compare religions. And we've been doing this while drinking vodka cranberries. Is this wrong? I just think it's such a great story...well, once you get past all those repetitive sections on the many offspring being produced and the generations dying out.

Last thing you felt proud about: another successful swap event, I guess. We're slowly building up a fanbase - as well as some cash - and this great girl from a local mag called me up the other day to propose a feature interview. An interesting sidenote: they're the rival mag of the one I used to work for only a month ago.

Last thing you saw that you wanted: the biggest glass of red wine

Last thing you stole: a cigarette off af a guy at mentioned after party, which I took back to my poor, cigarette deprived fox. We're so broke. And so bored.

Last thing you realised: that I'm about to start training for my first real amateur muay thai fight, and that I can't back out of it now because my editor loves the idea of me keeping a fight diary. My aim is to be in the ring for my 22nd birthday in January. Would you pay good money to see that? Cause I could use some.

Labels: Abu Dhabi, Girl on the Verge..., Haha, My Life and Other Casualties