LICKING AND SCRATCHING, AND NEVER MATCHING

It's the end of a really hectic work week and I am sitting at home sipping on cold soy vanilla chai tea (soon to be replaced with liqueur), watching RocknRolla on Show on Demand while wearing an almond/cucumber/pineapple face mask that has been on so long it's beginning to hurt. I'm also in that mood you sometimes get in where you want to cut shit up... 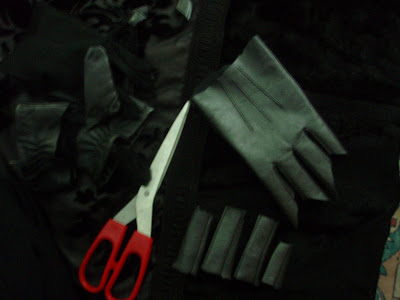 Know of it? Wearing these tonight to go to Left Bank with the Palestinians 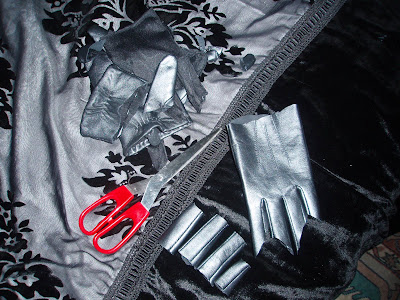 ANYWAY, what did you get up to this week? I...
-gutted and cut up some expensive gloves
-interviewed major Bollywood star Shahrukh Khan (as well as attended the premiere of his movie My Name is Khan)
-got my period
-bought another pair of sunglasses
-fought with The Fox over which one of us should buy this sword necklace we saw (he won...in an ideal world - going to buy it next week)
-was given a ring...fuck no, not that one but this really cute and quirky one I mentioned liking in passing and which The Fox later picked up for me
-drank Sangria on a terrace with glowing tea candles
-got paid
-booked a hotel in another country
-paid back any outstanding debts I owed
-switched numbers with a gay flight attendant who didn't believe that The Fox (who he was advancing on) wasn't gay
-wrote an article on last minute Valentine's Day gift ideas
-got commissioned to review a German bar this coming Valentine's Day (all complimentary and including a +1!)
-got into Google Alerts in a major way (so ridiculously ideal for writers/bloggers that I don't know how I ever lived without it)
-finally did a blog post on the Kill City blog (and you would think I'd be posting 3 times a day knowing that each post is worth credit to their amazing gear! But no!)
-sat in a cigar bar just to down a drink before going clubbing and was given hors d'oevres that were compliments of the chef...for reasons I don't know
-cried so much my face looked like that of a fat chinese kid at work the next morning
-enjoyed Rihanna's 'Rude Boy' too much for my (and anyone's) own good
-got called Rihanna AGAIN on the street
-finally saw one of those new rare pink ladies' only taxis driving around
-finally fessed up to the office that I was born in 1989
-had chats like this in the office due to lackadaisical last-day-of-the-week behaviour:
Editor: Right, does anyone care to take a needle in the arm for me this afternoon?
Me: depends on what's in it
Posted by Kara at 3:42 PM